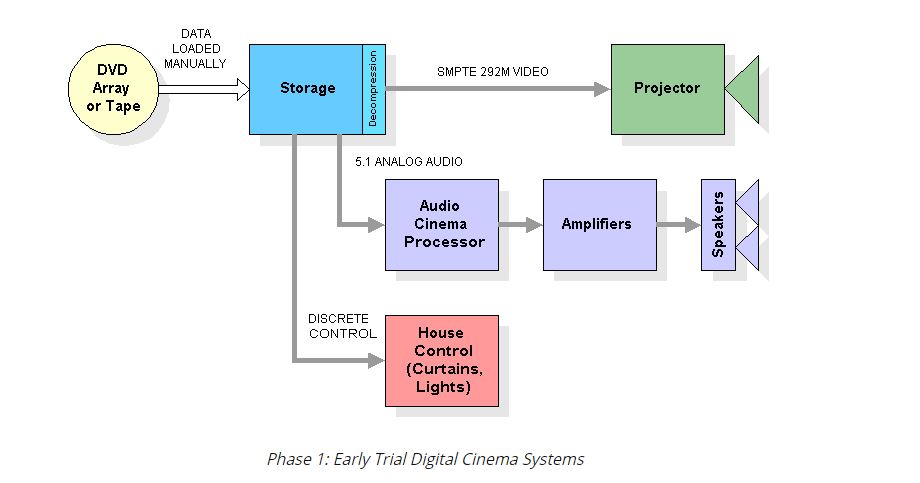 Various forms of electronic cinema have been around for many years. Public demonstrations of modern day digital cinema, however, began in 1999 as an experimental effort privately funded by major motion picture studios. The block diagram below represents the typical trial digital exhibition system in the year 2000.